As one of the most popular tourist destinations in Mexico, Cancun attracts about four million visitors each year to its pristine white beaches, its top-notch resort and hotel scene and its crystal blue water. The city is home to hundreds of hotels that line the beaches in an area called the hotel zone, attracting all types of guests, from traveling business people to timeshare owners to families. The city is probably most famous for its Mayan ruins, which dot the landscape around this southern region of Mexico. 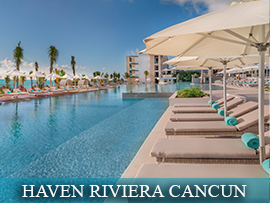